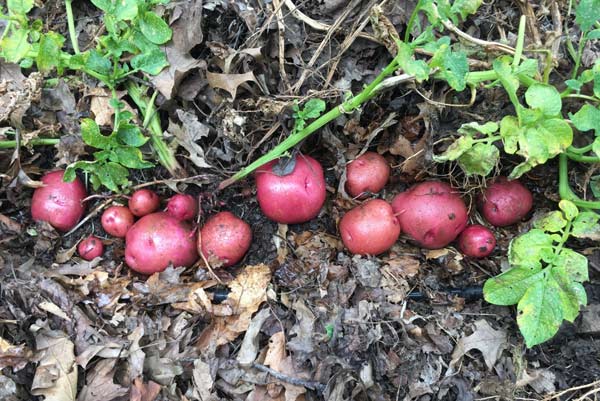 How Will an Expanded GFS Impact the IFS?

Suppose, just suppose, that at some point home gardens began to supply, say, 20% of all our food. How would that affect the industrial food system, given that we’re already on the way with 41% of all households currently having a food garden of some sort? Will Big Food become alarmed? Maybe do something to discourage what they perceive as serious competition from gardeners? Or possibly even start up some kind of manufactured and industrially controlled “home” gardens?

Not to worry. At the moment, household gardens have no discernable effect on the IFS other than perhaps inducing it to market highly processed foods as reflective of garden fresh produce, just as they use images of cows in bucolic meadows to sell industrial dairy products. Nevertheless, as home gardens greatly expand, at some point supermarkets could not help but notice reduced sales. Critics would then likely claim that the rise of home gardens will cause thousands of IFS workers to lose their jobs. Never mind that the IFS has eliminated as many jobs as they can by automating at all levels of the food chain, from field robot harvesters to auto- checkout counters in supermarkets. I checked a few days ago and found that exactly half of the checkout counters at the two large supermarkets in Fairfield had been converted to auto-kiosks. You can walk in, load up a big shopping cart of food, pay for and bag it at one of those kiosks, and then walk out without interacting with even one live person. So job loss is not a compelling argument.

As an aside, a person could also gather vegetables from their garden without interacting with another person. True, that’s quite possible; I’ve done it many times. However, I’ve found that when I’m out in my garden, inspired passersby are constantly stopping to strike up a conversation, ask about some plant. Or even to just say, “What a beautiful garden!” The result is that I interact with far more people than I did before I had the garden.

In any case, it’s not unusual for large-scale job elimination or worker relocation to happen when there is a sizable shift in the way things are done. Just how sizable this one will be I’m not sure, but I suspect that even with only 20% of our food coming from home gardens agriculture-related jobs will begin to transform and migrate from the IFS to the GFS. One likely avenue is education: former farm workers teaching people how to garden. Another is for such workers to find employment in compost, mulch, and other gardening supply companies, which can be expected to proliferate. In fact, all of the GFS structural elements described under The Garden Anchor in The Garden Food System – I would be fodder for new jobs derived from former employees of the IFS. 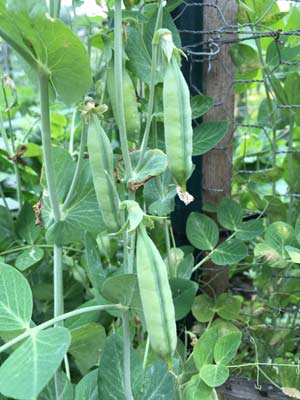 Now let’s go a step further. What if there is an even much larger disenchantment with the IFS, prompting, over time, a truly massive switch to the GFS? It’s worth considering. Industrial food currently generates about $1 trillion a year in retail sales, and another $5 trillion or so in food services, both commanding a long and multi-faceted industrial supply chain with numerous other goods and services feeding into or off of it at multiple entry and exit points. Will most of the employees in that chain and all its tributaries simply head on over to the new GFS?

Seems unlikely, for two reasons. First, the IFS is machine and tech-heavy, and the GFS is machine and tech-light. What could all those IFS technical and machine operators, on- and off-farm, do for a home garden? The second reason harkens back to that Material Food Flow Chart  of the industrial system, which shows how only 16% of the food biomass entering the system in the field makes it all the way to the consumer fork. Since the average garden to fork distance is so much shorter (a few feet versus industry’s 1,500 miles), the need for many jobs serving the behemoth IFS will simply be eliminated. Of course, the sectors of the IFS that produce food for fuel (at least until most cars and trucks are EVs) or other purely industrial purposes may continue to serve those needs. And the food export sector, which will not be duplicated by home gardens, would also continue to function. That is, assuming that both could continue to operate as they previously did once industrial food for the domestic market greatly decreases.

Oh, and what if people started to get healthier by virtue of eating more fresh garden vegetables and less of the highly processed food they currently consume? We now have 74% of the U.S. population overweight, 42% obese, and well over a third diabetic or pre-diabetic, all due largely to over-consumption of high calorie processed food. Add to that 570,000 diet-related deaths per year (more than that from covid, tobacco, or high blood pressure), which has generated an enormous industry to serve the health care, financial, and insurance needs of people getting sick on IFS food. The cost of obesity, diabetes and pre-diabetes alone is $1.7 trillion per year. Thus many health care professionals would have to start looking for work elsewhere if, heaven forbid, too many people escaped diet-related illness and death and started getting healthy. 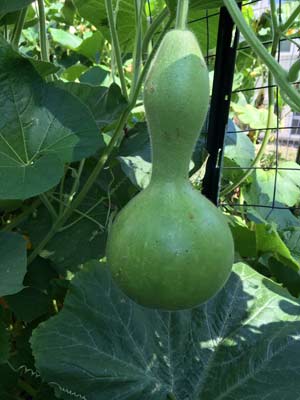 Another possible response to a home garden revolution is an all-out effort by the IFS to become truly sustainable. That is, to implement a transformation of the entire system that goes beyond some individual food giants declaring their intention to become regenerative, which has already started to happen. A truly systemic transition would call for: 1) A deep shift in corporate values from profit first to human and environmental well-being first; 2) A new generation of corporate leaders capable of transitioning to that change, as the current generation is not able to; 3) Consumer willingness to pay two to three times as much for food; 4) Enough time, in the face of rapidly encroaching climate change disasters, to implement the needed changes before the whole system crashes. The system particulars of how this would roll out is addressed in Current IFS system fixes fall short of an optimal solution.

Corporate leaders do have a general plan to address the challenges of keeping prices down while trying to mitigate the human and environmental damage wreaked by the current IFS: more technology. Much more. However, as I’ve noted previously, this approach is based on six false premises of global food production, so there is no chance it will work. You cannot build a sustainable house on a foundation of sand.

All that said, these four blogs on the Garden Food System are just the opening salvos of what I expect to be a long and winding discourse on how a flourishing garden food system will impact the current system. I haven’t even tried to analyze the economic, environmental, and broader social impacts. Stay tuned.