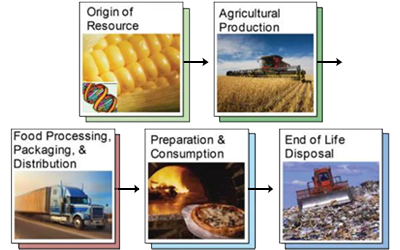 Much of the discourse around the industrial food system—and how to make it more sustainable—hinges on the six untrue but largely unquestioned narratives discussed here. Together, they present a decidedly distorted picture about how the U.S. and the world produces and consumes food. That, in turn, makes it nearly impossible for most people to imagine that household gardens are intrinsically capable of doing a far more efficient job of supplying food than the industrial system, including at a national scale. Herewith are what I call

1. Farms are the only effective way to mass-produce food

It’s not just that farms aren’t the only way to mass-produce food, they aren’t even the most efficient way, by a long shot. This will come as a shock to most people, but it’s true. The most compelling evidence of farm inefficiency is found in Russia, where in 2008 home gardeners produced half of the country’s food supply on just 3% of its agricultural land. The other half, of course, was supplied by industrial means. Russia’s population was 142 million in 2008, so in essence, 71 million people were being fed by an extraordinarily efficient garden food system. As were their ancestors since pre-Tsarist times, through the Tsars, Bolsheviks, and Soviets, right on up to Putin times.

Another example is Nigeria, where home gardeners produce 50% of their country’s vegetables on 2% of its agricultural land. My own experience reflects a similar ratio, as it showed that a home garden can feed a person for a year on just 35’ x 40’, which is only one percent of the three acres the U.S. industrial food system uses per person.

Even advocates of sustainable / regenerative agriculture assume that only farms can effectively feed people at scale. So why is this narrative so persistent? Basically, it’s because large-scale farm machinery and industrial production, flooding supermarkets with an average 40 thousand-odd items, is seen as much more modern than “mere” home gardens, and thus showcasing much greater social status and national pride. Never mind that it comes at an enormous, unsustainable cost (see Narrative no. 5).

On the other hand, people also tend to be impressed that a garden like mine can produce over 1,000 pounds of vegetables—a year’s supply of food—on a plot that’s just 60% of the floor area of the average American house.

Also not true. However, advocates of the industrial food system often go even further, insisting that it’s not just farms but the large to enormous ones that produce most of the global food supply. The bigger the better, or so the narrative goes. Yet the most credible estimates are that 70% of the world’s food is produced by smallholders. More often than not, this term designates those farming less than 2 hectares (5 acres) of land. Yet it can also mean rural, urban, “local,” family, or various manifestations of peasant- or small-scale community food webs. All of which can and often do include prodigious production by household gardens. In the case of peasant food webs it also includes fishing, hunting, and wild gathering.

That said, household and community gardens are a proven non-industrial way to mass produce food; they just scale up by dint of many small, scattered gardens, as in Russia, rather than fewer large, monocropped farms. And because of the inherent advantage of personal attention to small plots, as well as other advantages such as much shorter field-to-fork distance, gardeners turn out far more consumed food per unit area of production than industrial farms. In fact—and again, contrary to the prevailing narrative—the larger the farm, the less efficient it is at producing consumed food, as it loses more and more of those garden advantages. Check out the next section to see why.

The fallacy of this narrative is convincingly illustrated in a food system fact sheet published by the Center for Sustainable Systems at the University of Michigan (below). It shows that of the almost two trillion pounds of food biomass initially produced in the field (sum of 921,590 Crop Production plus 964,000 Feed to livestock and poultry [times a million pounds]), only the 259,610 consumed (14% of original production) makes it to the fork of the consumer.

This is because as it traverses the average 1,500 miles from field to fork, 86% drops out due to net export (i.e., minus import); long-term storage; industrial uses; and respiration, water, waste, processing, and retail losses. Although news media sometimes note waste losses, they tend to assume that if we initially produce X amount of food, then X amount must be pretty close to what we end up consuming. Wrong, by a factor of 86%, which is hardly an efficient way to deliver produced food to the consumer’s fork. 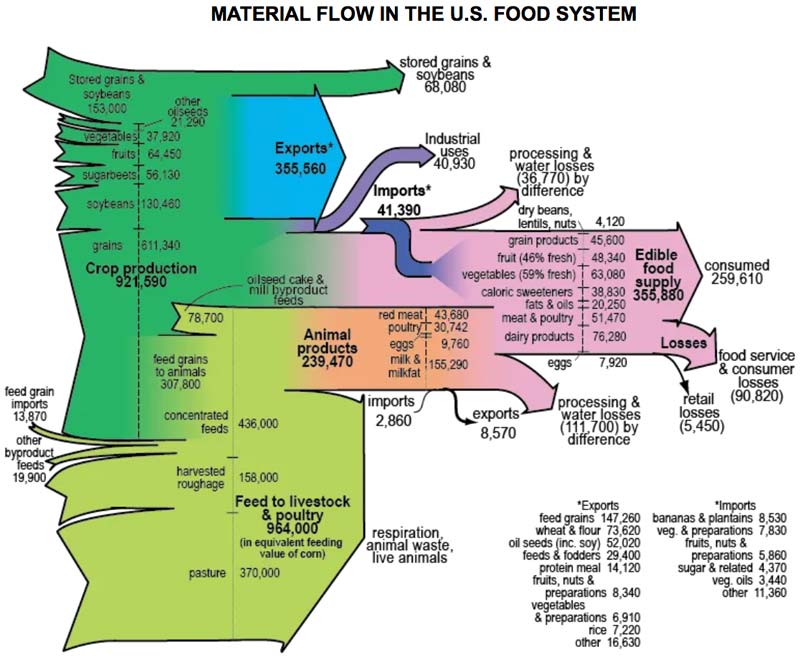 The utterly mistaken idea conveyed by this narrative is that the modern farm does all the required work of food production on the farm premises. But it doesn’t. Rather, it outsources most of the supporting labor, resource procurement, machinery, supplies, and services that the farm of yore used to provide mostly on-site:

So it’s not that a modern farm “feeds” 166 people. Rather, it’s the industrial farm system that feeds them, with the farm serving as the endpoint of field production, made possible only by extensive off-farm support. The farm is also not responsible for the ensuing stages of feeding: the transportation, processing, and retail delivery performed by the post-farm portions of the system. Ironically, and contrary to the impression pushed by the ag industry, the modern farm does much less of the total required work of feeding people than the 1930 farm did.

No, it isn’t, when you consider the full cost of production, processing, and delivery. As I’ve mentioned before, there are now a number of mega-studies that reveal the true cost of the industrial food system’s collateral damage, enabled by gargantuan externalities:

This means is that what you pay for an average item at the grocery story checkout is only about a third of its full cost. The rest is paid by government subsidies, higher medical and insurance costs, environmental pollution cleanups, greenhouse gas emissions, and in many other ways. As my wife’s mother used to say, “Cheap stuff is expensive.”

Wouldn’t you love to have a business where someone else paid two thirds of your expenses, free of charge to you? Even one third? Imagine what that would do for your profit margin. Well, that’s exactly what the industrial food system does overall, even as most food workers are underpaid and exploited while the lion’s share of profits go the corporate ag and food giants and their shareholders.

6. Technical and policy changes can fix the food system’s problems 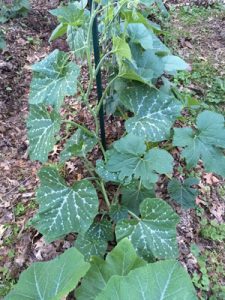 I’ve now seen sooo many proposals on how to make our industrial food system sustainable. One line of thinking holds that what we really need is a systems approach, while another says TCA (true cost analysis) will drive the desired change. Both can involve multiple layers of boxes within boxes, with arrows leading from one box to another to make it all understandable. While the most common prescription is to convert to organic and sustainable/regenerative agriculture (as if that alone would solve everything), another goes in the extreme opposite direction: to vastly increase agricultural AI (artificial intelligence), high technology, and lab-manufactured food made from bacterial goo and petri dish-grown muscle tissue. And so on. Still another angle believes that making every part of the industrial system resilient will do the trick. All of which, to be implemented, calls for extensive government and industry policy reforms. Mark Hyman has written a book, Food Fix (Yellow Kite, 2020), with over a hundred such policy recommendations he believes will fix the food system. 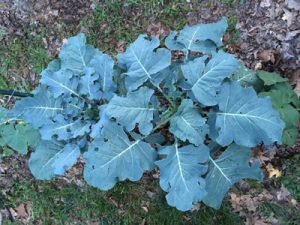 I’m well aware and appreciative of those who are conscientiously working to fix the system—with some modest success. But I’m convinced that the vested interests are just too deeply locked in for even the most determined efforts to produce more than superficial, incremental change. As I’ve said before, it’s like trying to re-arrange a cemetery (hence industrial’s “deep six”). And really, to be fair it isn’t greedy corporate giants that are ultimately responsible. It’s all driven by the conviction that we absolutely must have (artificially) cheap food at all costs, which automatically squeezes most of the life out of any fix attempt that threatens to approach a meaningful scale. That is, a scale that would fundamentally change the whole system, not just some narrow ribbon of it. Until that public gimme-cheap mindset changes—beyond the maybe 5% of customers who might be willing to pay the full costs incurred by the industrial food system—that system will remain 95% unchanged.

Ramp up a new food system that goes around the industrial one rather than trying to fix it. One that is proven, feasible, and can be scaled up relatively simply, quickly, economically, and easily. One for which the basic infrastructure is already in place, and which already has momentum. And one that engages and leverages an awakening mindset which is also widespread in the public awareness. This is the ethos that values fresh, natural taste; more nutritious food; active experience of nature; health-enhancing exercise; more human-to-human contact; and the satisfaction of growing it yourself rather than caving to artificially cheap prices. In other words, we need a garden food system (GFS) to make an end-run around the industrial food system (IFS). As Buckminster Fuller said,

“You never change things by fighting the existing reality. To change something, build a new model that makes the existing model obsolete.”

Obviously, we are not going to fully convert to home-grown food overnight. But if we were to produce a third, heck, even 20% of our food in household and community gardens, it would enormously benefit the entire country, including those who don’t garden, as it would generate a plethora of positive externalities. That’s why I propose, for the foreseeable future, a three-tiered food system anchored by household-style gardens, complemented by local food sources, in turn backed up by sustainably reconfigured distant sources of food. That would generate a national sigh of relief, and would pave the way for a much healthier, more secure future.

← Prev: Is the Ukraine-Russia War Wreaking Havok on the Global Food System? Next: The Garden Food System – IV →