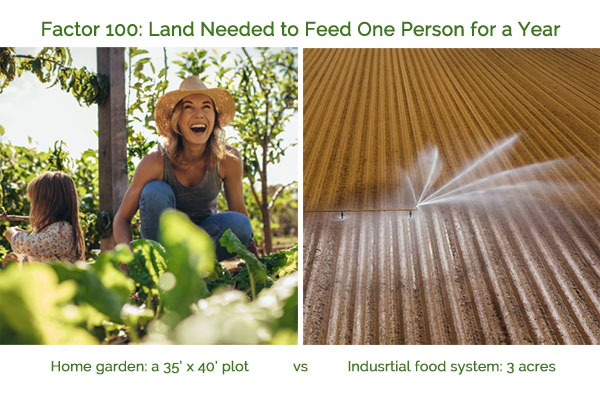 Once, upon a time when I was a botany prof at the University of Hawaii, I got called to jury duty. It was a routine case of drunk driving, hit and run, and driving without a license. However, one juror adamantly doubted the breathalyzer evidence.

“There’s just no way a machine can measure blood alcohol content from your breath,” he insisted.

“I totally understand your doubts,” I replied. “As a visiting research scientist in a lab in Germany, there was a time when I needed to measure the minute sugar content in a tube of plant extract. ‘Just put it in the spectrometer,’ said a lab technician. But for some reason I didn’t believe that the machine could accurately measure such low concentrations of sugar just by passing a beam of light through them. So I made up solutions with known amounts of sugar, put them in the spectrometer, and, Lo and Behold, it got the right readings, every time.”

“Given that we’re both the skeptical type,” I then said to the juror, “let’s go through this step by step to see if you can mentally verify it for yourself. So could you accept that the back of your hand would feel a little cool if a small puddle of alcohol evaporated off its surface?”

“Then could you accept that alcohol in a glass of water could likewise evaporate off the surface?”

I then proceeded to evaporation of alcohol from blood and so on, repeating all the steps, but in more detail, that the breathalyzer expert witness had already described in court. At each juncture I asked him if he could accept whether that particular step could happen, and he said yes, every time.

“So can you now accept,” I said when I got through the final step, “that a breathalyzer can accurately record the level of a person’s blood alcohol from their breath?

He paused a moment and blinked, evidently a little taken aback.

“Okay, you’ve made your point,” he said. We then went on to arrive at a consensus decision.

Now I hope to make a similar point. I’m going to present an assertion that will probably be as hard for you to believe as blood alcohol by breathalyzer was for the juror and sugar content by spectrometer was for me. Then we’ll repeat the steps I’ve already been through myself, one at a time, to see if it makes it a little easier for you (as it did for me) to believe. Here is the rather shocking claim:

No way, the brain is going to say.
Anyone can see that’s just flat-out not possible.

Yet I say it is. And I can prove it, in several ways. Note that I said gardens can do that, not that they do so right now. We’re talking about intrinsic capacity, not the current status, in which home gardens have not yet scaled back up to WWII “victory garden” levels of production and beyond.

Step one is to see if you can agree that the U.S. IFS uses 3 acres of land per person per year.

To verify that, we first need to know the total amount of cropland and pasture used to produce our national food supply. Drawing on data from the USDA, the EPA, Bloomberg, Statistica, and Wikipedia, we come up with an average value of 1.1 billion acres (range: 0.9 – 1.2 billion).

So, could you accept that it takes 1.1 billion acres to feed our country?

Well, okay.
But that by itself doesn’t mean very much. 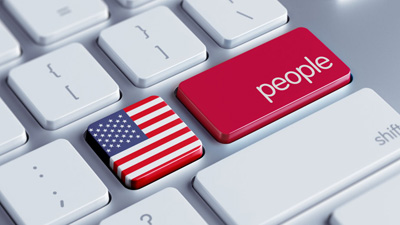 Right. Now, the next step is simple arithmetic: Divide 1.1 billion acres by our population of 332 million, and you get 3.4 acres per person. Could you accept that? If so, for ease of discussion, could you call it 3 acres?

Now, I’ve documented that my home garden of 1,400 sq ft can feed me for a year. So to continue:

Can you accept that, now that I’ve showed you the numbers?

No, I can’t, the brain will almost certainly say.
That’s just your garden. How do you know that it represents home gardens in general?

Well, the quick answer is that my yield rate was 0.7 pounds of vegetables per square foot, which is only 58% of the home garden average of 1.2 lb/sq ft. This average comes from five gardening websites, a study published in the Proceedings of the National Academy of Sciences, a report by the University of California, and the National Gardening Association; the range was 0.8 to 2.6 lb/sq ft. So if anything, my garden way under-represents (by 42%!) how efficiently you can feed one person.

So how about it? Could you accept the assertion now?

Hmm . . . Maybe, says the brain, still doubtful.
Do you have any other supporting data or evidence?

Yes, because you can reach much the same conclusion in a different way.

✓ Start with the fact that the average American eats 1,500 lbs of food per year.

✓ That gives you 0.01 lb of industrial food consumed /sq ft of agricultural land. 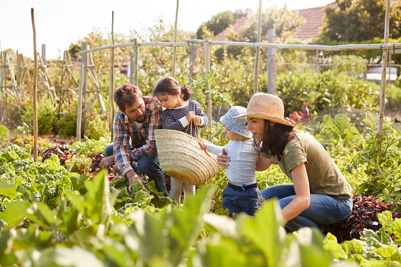 In other words, HGs can produce 120 times as many pounds of food per square foot of land, per person fed, as the IFS.

The reason that all these numbers reflect reality has everything to do with the nature of the sprawling industrial food system. In order to operate at its scale of roughly $1 trillion in sales, it depends on extraordinarily inefficient and wasteful material and energy-consuming methodologies all along the average 1,500 mile journey of food from farm or pasture to fork. That’s why, to function at all, the IFS is forced to offload additional $trillions of its costs onto other segments of society. Home gardens, by contrast, have no such inefficiencies, and offload no such externalities. So they have a huge production advantage over the IFS, by a factor of at least 100.

So now that you’ve seen the step-by-step numbers, and the contextual explanation for why they make sense, could you now accept that my assertion could be true?

Well . . . somehow, I’m still not so sure, the brain says.
In spite of the numbers, gross inefficiency and externalities, I just don’t see how home gardens could produce 100 times as much food per person as the industrial food system. It just doesn’t make sense to me.

And putting myself in your shoes, I think I understand why. It’s because of the mental image of professional farmers on large, powerful tractors plying vast fields of grain and produce, amplified by your everyday experience of huge supermarkets overflowing with an average of 43,000 items, anything you want (though a bit less so lately). Compared to the common mental image of an amateur back yard gardener coxing a few pitiful tomato plants out of the dirt.

That is, the numbers I just went through, even if you can’t find any significant errors or misrepresentations in them, just don’t agree with your images of the industrial food system and home gardens. And when you pit even cold, hard figures against a powerful, long-held, culturally-ingrained image, guess which one is going to win out? The industrial image, of course. Just because it seems so much more convincingly real to you.

That’s why Part II of this blog will make every attempt to bring the numbers and images into alignment with one another. Stay tuned.

So how could home gardens (HGs) require only 1% as much land as the industrial food system (IFS) uses to feed a person for a year? In Part I, I compared numerical data from my 2021 demo garden to the industrial food system (IFS), and then compared the average yield rate of home gardens in general to the IFS. However, because the 1-to-100 claim is so—well, startling—I surmised that the numbers approach alone wouldn’t be enough to win over the average doubter.

Now, here’s a different approach, more visual and graphic, using a food flow chart from the Center For Sustainable Systems at the University of Michigan. It starts with total U.S. food production, in flows in millions of pounds of crops, poultry, and livestock. Then it shows what happens to this initial production as it moves through the food chain system to the consumer. 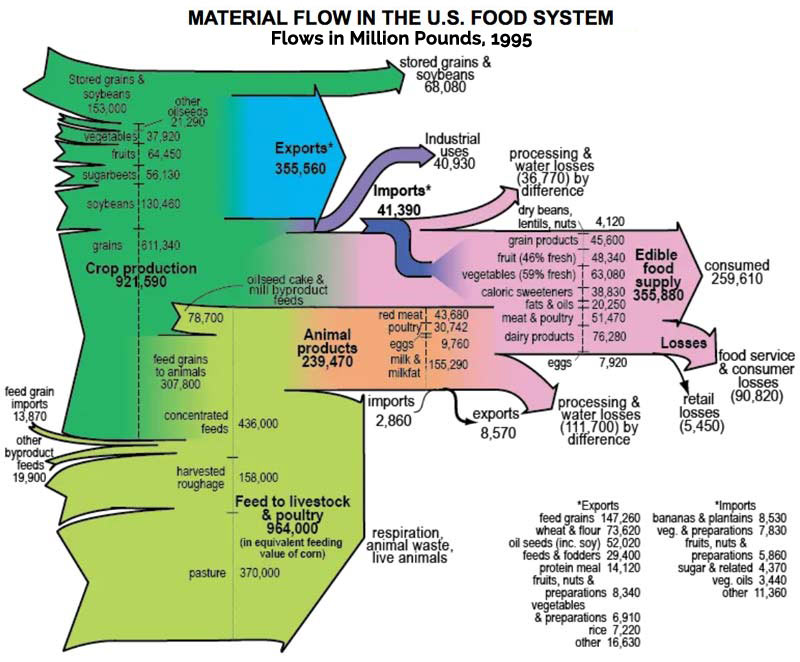 In other words, of the total IFS pounds of food material initially produced, only 14% is eaten. That’s 86% less than what it started with. Dropping out along the way are exports, animal waste, processing losses, and so on (with of course imports dropping in).

Now, of that remaining 14% in the IFS, only a third (by weight) are home garden-type items (dry beans, lentils, nuts, fruits, and vegetables). The other two thirds are things like grain products, sweeteners, fats and oils, meats, and dairy that home gardens don’t produce, so in effect, they also drop out. That leaves HGs, by comparison, with only a third of the 14% still in play, so we’re now down to 4.6% of the IFS.

And finally, consider that commercial yield rates of vegetables achieve only half the yield rates of home gardens. That brings production and consumption of HGs down to a little over 1% of initial production in the IFS, which is what the initial claim asserted.

I think you could certainly invoke a few “Yes, buts” here and there. For instance, home gardeners do not consume 100% of what they grow. But if they function like mine, they produce only minimal waste—including that from storage processing—in the form of a few kitchen scraps, which are routed right back to the garden as compost. And yes, vegetable gardens often need watering. But if like mine it’s by drip irrigation under heavy mulch, it also is minimal.

In any case, none of these kinds of caveats would be enough to significantly change the end result: in one way or another, home gardens avoid roughly 99% of the kinds of production losses between farm and fork that the IFS incurs. That’s not a criticism of the IFS, as some of the losses depicted in the food flow chart, like exports, storage of grains and soybeans, and industrial uses, are necessary to its functioning as a whole. Others, such as losses to respiration, water, and processing, are simply unavoidable in the industrial system.

But the whole point is that HGs avoid virtually all of the kinds of losses the IFS food stream incurs while still producing enough food on a relatively small garden plot to feed one person for a year. And since the IFS simply cannot avoid those losses—because of the way it’s structured—it requires about 100 times as much land as home gardens to feed that person.

Does that make the initial claim easier to believe? If not, please see below to let me know where you think I’ve made a mistake, missed something, or have otherwise misrepresented home garden or industrial food production. Or if you are now convinced, you could let me know about that, as well.

← Prev: Industry Makes Its Case Next: No Trade-Offs →