A Call to Science-Based Policymaking 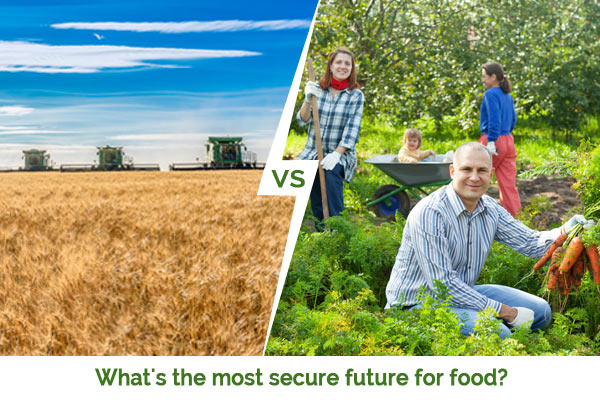 You never can tell when opportunity will strike.

Around mid-July (2021), the White House’s Office of Science and Technology Policy (OSTP) asked scientists and experts for advice on strengthening scientific integrity policies across federal agencies. Great chance to get out the word on the amazing potential of home gardens! In general, the OSTP wants to foster restoration of trust in government through scientific integrity and evidence-based policymaking.

As a result, it has contacted, among other scientific organizations and platforms, the Union of Concerned Scientists. UCS is a nonprofit science advocacy organization formed at the Massachusetts Institute of Technology in 1969 to emphasize non-compromised scientific approaches to pressing environmental, social, and security challenges. For this particular initiative, the UCS contacted its members and newsletter recipients (of which I am one) to request comments and suggestions.

In as much as communicating sound science and promoting evidence-based policymaking is what Just Grow It Yourself is all about, I wrote up what amounts to an executive summary of the book’s policy aspects for the UCS, which I sent off just in time to make their July 28 deadline. It doesn’t include expanded discussions and references, which are, after all, in the book. However, it does contain a few updates. For instance, just a couple days after the UCS request appeared in my email, I received the news of yet another large-scale study that documents the food industry’s $trillions in external costs. This one was conducted by the Rockefeller Foundation. So I added a brief mention of that to the other such studies. The UCS document also contains more emphasis than the book on home gardens as a hedge against disasters and potential widespread food shortages.

However, there is an irony here. If the purpose of the White House’s initiative is to restore trust in government through scientific integrity and evidence-based policymaking, it will have to admit that government and scientific integrity, as well as policy based on evidence, is exactly what has been seriously deficient in the industrial food system. Integrity does not produce $trillions in external costs, a population in which 70% are overweight, 43% are obese, and almost 50% are either diabetic or pre-diabetic, and the current glaring deficiencies in evidence-based policymaking.

I don’t know what, if anything, the UCS will do with my suggestions other than forward them on to the OSTP. They will no doubt have hundreds if not thousands of such offerings from scientists (and no doubt industry advocates), and I don’t even know if they will summarize contributors’ suggestions down to a few words, forward entire documents without comment, or submit only those it deems especially worthy of note. However, given that the UCS has, in my opinion, greater scientific accountability and integrity than other august scientific and industry institutions, I think that the chances of my initiative reaching the White House are greater than if I simply sent it to, for instance, the USDA. So, we’ll see what happens.

Meanwhile, you can judge for yourself here.