One of the biggest surprises I’ve encountered in my promotion of home food gardens is not only how different they are from industrial food, but also local food systems. I think that’s why local, small farmers—the ones who produce food just a few miles from where you live—find it hard to take backyard gardens seriously as a major producer of food. Even when reminded that 40% of vegetable production during WWII was due to the proliferation of some 20 million victory gardens, which was achieved in just a couple years, mainly by average people with little or no previous gardening experience.

Don’t get me wrong, I love local farmers, who constitute the second tier of the food system I’m proposing. And I certainly don’t equate local food systems such as farmers markets, CSAs (community supported agriculture) and the like with industrial food; the local is far superior in most cases. The only reason I don’t say in all cases is that sometimes mainstream supermarkets appropriate the concept of “local” by offering food sourced from up to 400 miles away, even in some cases claiming that it’s anything from adjacent states. Such is food greenwashing.

On a local level: 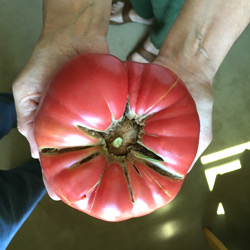 On a national level, in terms of transitioning to an alternative to industrial food:

Do you think it might be time to start seeing things differently?

← Prev: How I Do It Part 1 Next: Food Supply Safety for Policymakers →